It doesn’t matter how old we are, where we live or what we do for a living – there is something that has brought people together for centuries and it’s running. It is an activity that our bodies evolved to pursue and that had been the cornerstone of our ancestors’ lives. Therefore, it should come as no surprise that running is currently the third most popular sport and leisure-time activity in Poland after swimming and cycling. What is so special about running that it makes so many people around the world want to do it all year round? Here are some invaluable benefits of running.

It is good for social relations

You are probably wondering what running can have to do with contacts with other people. Well, you might be surprised. Running connects people who have similar energy levels as we do and who are inspired to act by that same vision of indescribable joy and satisfaction from a workout.

Marathons, half-marathons or even amateur running groups are perfect places to build a community and meet people who will inspire you to act. More than 34% of men and nearly 50% of women take part in mass runs for social reasons. Just to show you how popular running has become, you need to know that in 2013 there were 3,900 marathons all over the world attended by 1.6 million people*.

In addition, according to the results of the latest campaign #Spoćsię /#GetSweaty/, 46% of active Poles choose regular running. Running has a positive impact on our social interactions outside the running track as well; it gives us more self-confidence and makes us more open to other people.

It helps you live longer

Runners live a more active life but they also live longer. Running prevents cardiovascular diseases; it increases your oxygen levels; it helps reduce bad cholesterol and increases good cholesterol; in addition, it strengthens your immune system which is now more important than ever. The more frequently you run, the better your heart- and your entire body performance. According to the research published in the Journal of the American College of Cardiology, even five minutes of running a day makes your life longer. Scientific research shows that an hour up to two and a half hours of running a week may add 6.2 years to a man’s life and 5.6 years to a woman’s life**.

Do you have an important conference at work ahead of you or a big exam? Combine your preparations with running. It is the most effective road to success. Running increases the formation of new neurons and neurotransmitters in your brain; it improves your concentration and models your working memory which is responsible for short-term storage and processing of information. Running makes falling asleep easier and it has an impact on sleep quality which is invaluable for brain performance.

It tones your body and builds up your willpower

A running workout helps burn hundreds of calories; it boosts overall condition and fitness. It is a fantastic alternative to all people who wish to feel better, lose some weight or prevent depression. It also has an influence on our psyche, sense of empowerment and task orientation. With each mile, we build up the confidence that we are able to accomplish our goal in sport and otherwise.

So, grab your running shoes and look out for other runners – you all have much more in common than you think 😉.

*Scheerder J., Breedveld K., Borgers J. (2015), Who Is Doing a Run with the Running Boom? The Growth and Governance of One of Europe’s Most Popular Sport Activities, [w:] J. Scheerder, K. Breedveld (eds.), Running across Europe. The Rise and Size of one of the Largest Sport  Markets, Palgrave Macmillan, Hampshire. 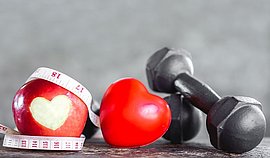 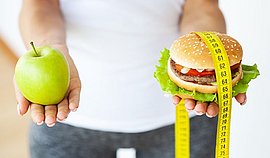 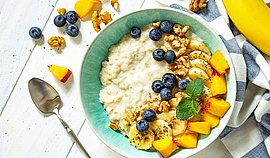 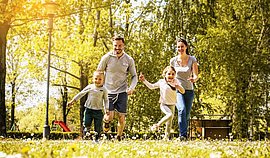